There were very few trains running again today and so I've been travelling on the buses in Nottinghamshire.

After arriving at Worksop, I caught the bus to Ollerton and then walked back to Worksop passing through Clumber Park. 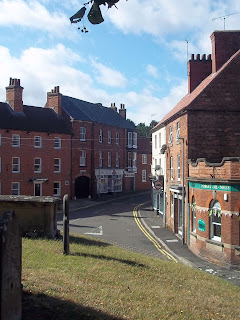 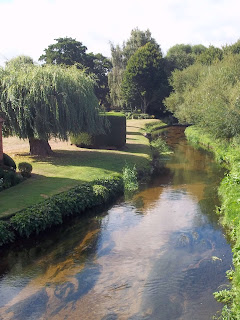 The church at Ollerton doesn't feature on the blog because I couldn't find any suitable angles to photograph it from.

After spending a few minutes exploring I headed north along the western bank of the River Maun.  After a couple of miles I needed to walk along the road for a short section until I joined the Robin Hood Way. At this point there were hundreds of caravans and a lot of dogwalkers attending the 'Fake Festival' nearby.

A bit further on I arrived at a location known as 'Robin Hood's Cave.' 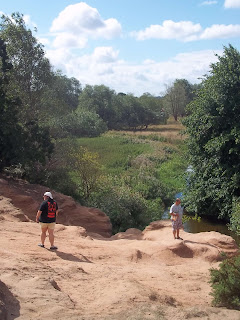 I continued heading north until I reached Hardwick Village at the eastern end of Clumber Park. 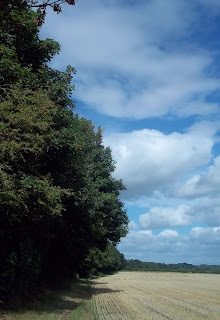 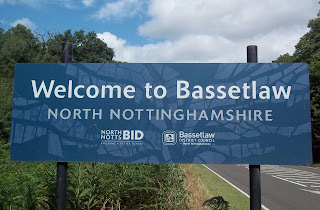 Last year this ford at Hardwick was also closed to pedestrians because the wooden walkway has collapsed, but I managed to walk through the water. I didn't do that today though; a few days ago there was torrential rain in the Worksop area and the River Poulter was a lot higher, and angrier. 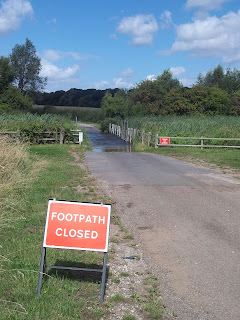 I stopped for a drink of tea at the refreshments concession down by the lake and then did a short detour into Hardwick Village, the estate village for Clumber Park. 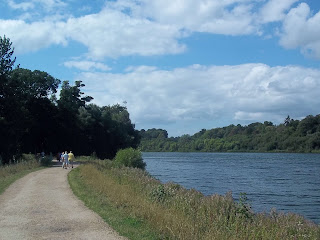 I finished the walk by taking the most direct route through the park back to Worksop, the bus station is quite close to the priory and its gatehouse. 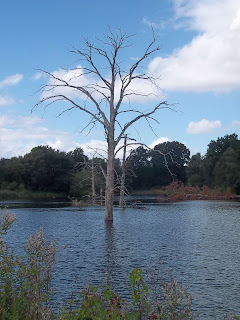 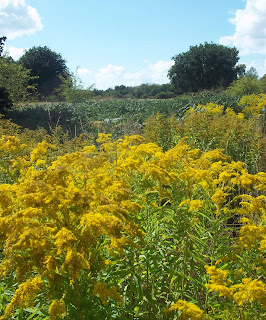 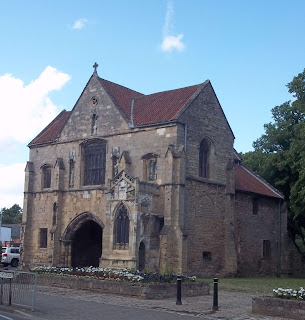 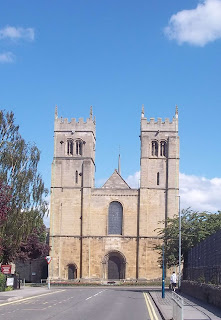