I travelled to Castleton and walked up Cave Dale at the back of the castle.  I then took the bridleway that heads over to Eldon Quarry and then the path that goes down to Perry Dale...briefly having to walk along the road though. I noticed some new permissive paths had been added in this area, going to Eldon Pond and Eldon Hill. Obviously they aren't shown on my current map and so I will need to investigate them further online. 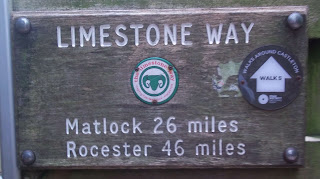 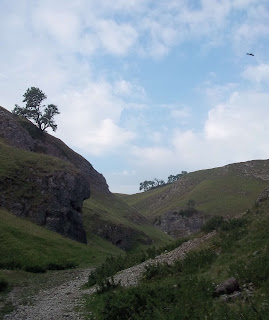 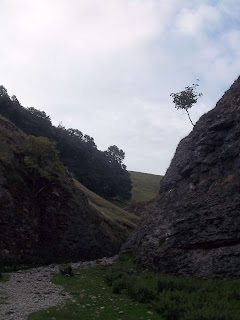 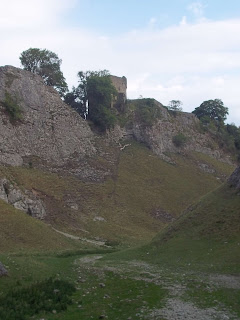 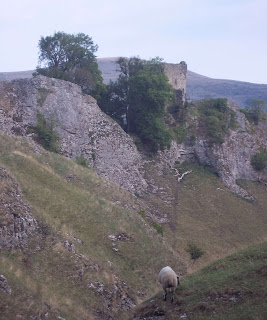 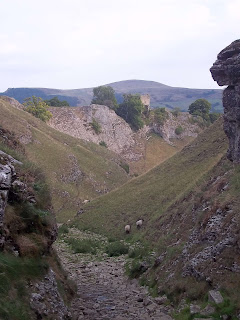 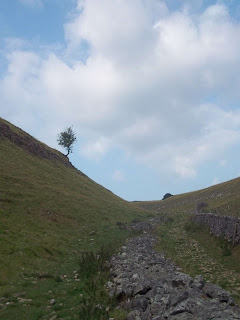 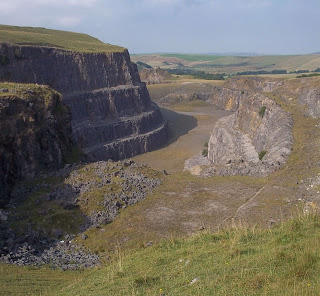 I continued to the main road, only walked alongside it for a few minutes before picking up a path at Pedlicote Farm which should have ended up at Sparrowpit. Just before Pedlicote Farm I grazed my shin against a wall stile when I lost my footing. 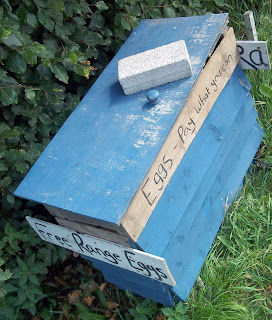 My route into Sparrowpit was a mile longer than it needed to be; the most direct route there went through a farmyard and it looked like it was blocked and then I walked by the next two turn-offs in quick succession, thinking the signage would be clear. There was no signage, just a stile hidden beneath some overhanging branches. I needed to walk by the entrance to a farm where two terriers looked like they were fighting to the death, after about a minute the white one gave up and went back to the farm. The other dog, the black one was lovely and was very friendly towards me, too friendly really because it followed me across the fields for over a mile, nearly all the way to Sparrowpit. 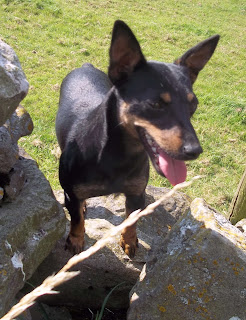 I waited for this steamroller to pass before going into the Olive Tree Cafe, located inside the building which used to be The Wanted pub. 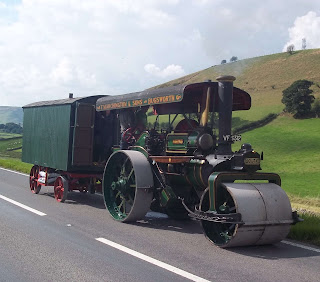 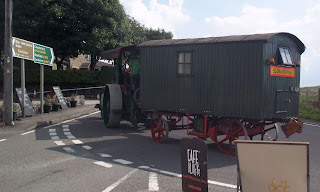 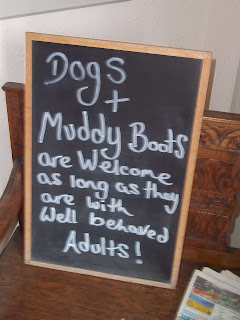 I then took a path heading east which took me back to Perry Dale and then a different path back to the quarry, part of this path went through woodland overgrown with waist-high nettles - I was glad I was wearing thick long trousers, but I still needed to hold up my arms.

I retraced my footsteps from a few hours previously and spent twenty minutes in The Peak Inn pub at Castleton waiting for the bus.