It's not been a good day for me - I lost my camera somewhere towards the end of the walk...so obviously there won't be any photographs featuring on today's update. Losing the camera isn't as bad news as it might have been though; I bought it secondhand a couple of years ago and recently have been having problems with it - I think damp has got into the electronics because several of the camera's functions haven't been working properly, or even at all. I'm disappointed that I've lost today's images and the memory card though. Things could have been a lot worse; I might have lost my wallet, or my keys, or my mobile phone.

What I'm thinking is that I must have lost the camera when I reached a particularly difficult stile and decided to put it in a pocket. I would usually put it in one of the chest pockets of my anorak, but because of their poor design I must have used one of my trouser pockets...one that doesn't zip up, meaning that the camera will have fallen out when I lifted up my leg to climb over the stile.

My anorak is a good one; it would have been expensive to buy new, although I bought it for a couple of Pounds from a charity shop. It's made by Regatta, a reputable company. Having written that though, the design of the pockets is awful. The zips are in the wrong place and the pockets are facing the wrong direction. For me personally I need the zips to be in the centre and the pockets facing outwards, not the other way round. When I'm wearing practically anything else I'm easily able to zip and unzip the breast pockets and reach in with one hand and remove or put back in the camera...it only takes a few seconds...that's all. However, with this anorak  I needed two hands to perform this basic task, and my right shoulder is a bit stuff and sore and so when I had to reach, and stretch, over, up, across, and round whilst simultaneously tugging with the other hand to pull the material tight so that the zip would work I was suffering quite a bit of discomfort...and so stopped doing it.

I'm very disappointed with Regatta; I expected a lot better.

With the clocks going back to GMT in the early hours of this morning it meant that I had an extra hour to get ready. I didn't need it though; the only extra task I needed to do was to make sure I was wearing my watch which is set to the correct time zone; I can't cope with changing the time on a watch twice a year so I have two watches instead; one set to GMT for the winter season and the other set to BST for the summer months.

It was quite cloudy when I left home early this morning but by the time I'd stepped off the bus at the Millstone Inn the weather was glorious...and it stayed that way all day.

I walked down to the river, through woods and across meadows, stopping in several places to take photographs. I then reached the Grindleford road; something delicious was being cooked at the Leadmill Inn as I passed it before turning right and up the hill towards the hamlet of Leam. I was soon walking across Eyam Moor and after a few minutes stopped to eat my sandwiches at one of my favourite spots in the Peak District, with a wonderfully satisfying view of Hathersage, Stanage Edge, Millstone Edge, and the distant moors. Once I'd got up and started walking again I stopped a few times and turned to look behind me to continue enjoying the view and taking more photographs.

It wasn't long until I reached Eyam; both of the tearooms were busy and I wasn't prepared to queue so I headed straight for Mill Lane and then Stoney Middleton.

I didn't stay long at Stoney Middleton either; there isn't a cafe there. I located a footpath which was new to me and came out onto the road just north of Calver. The cafe at Calver seemed equally as busy as the tearooms in Eyam; in fact it's been quite a while since I've seen so many people walking in the Peak District.

Curbar is right next to Calver; I walked up through the village and found my next footpath merely by chance - I hadn't studied the map yet; I was planning to use a path further up the hill. Half of the route from Curbar to Baslow I hadn't walked along before, but this path eventually joined a more familiar alignment. On the approach to Baslow two large horses were standing and blocking the way at a gate - fortunately their owner was in the field and was able to help.

Everything went according to plan on my journey home until I was walking down my street and reached into my pocket for the house keys and then realised that I couldn't find my camera.

Marshall, my regular support worker who I usually see on a Thursday, hurt his back earlier this week whilst watching TV and so I was allocated a different person...and she could only see me today. It's been a lovely day and so we spent a couple of hours at Sprotbrough, one of my favourite local spots. Of course I would have preferred to have gone walking in the Peak District, but I'm required to see a support worker every week and it would have been difficult for me to cancel...especially since I need someone to go to the hospital with me next week for my routine bowel cancer screening test; a rather unpleasant procedure. 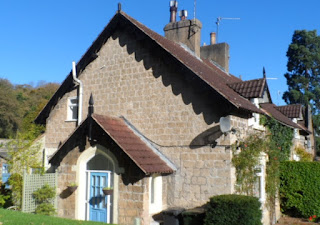 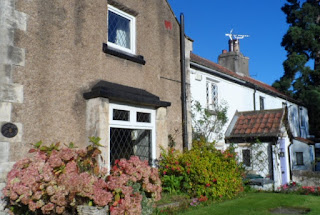 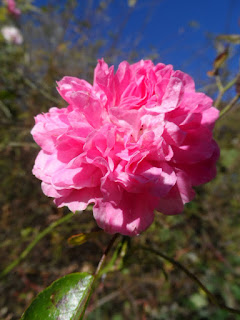 The weather was pleasant today so I took my camera with me to Retford this afternoon. I went with my brother and my friend Justin; we went to visit all of the cafes and pubs in the town centre to look for somewhere for me to go with my dad next week...he's very fussy though.

After a couple of hours we went our separate ways; I was able to have a wander and take some photos. I came back to Doncaster on the same bus as Justin but my brother had already caught the earlier one. 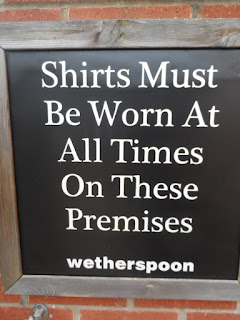 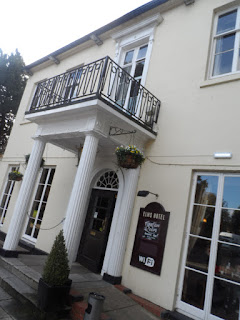 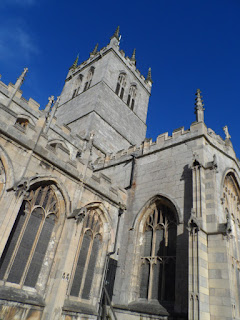 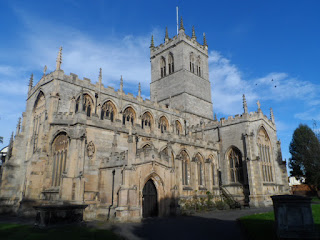 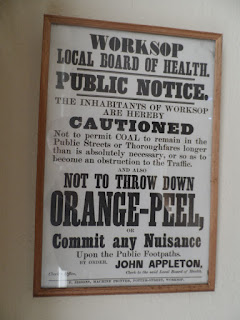 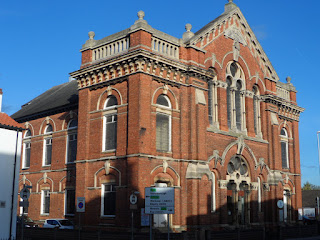 I managed to fit in a local walk in Nottinghamshire and some parts of Rotherham borough today.

I got off the bus at the shops at Carlton in Lindrick and walked along the road towards the church and the old part of the village. 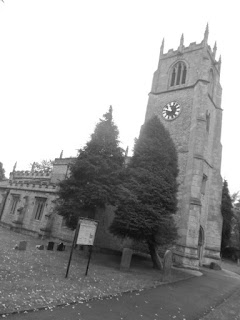 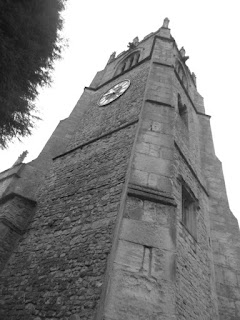 After taking some photos I took a footpath across a meadow and then next to a couple of fields of maize, which was growing taller than me. 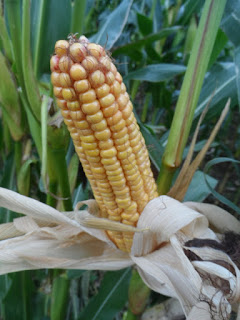 When I was much younger I never saw maize growing anywhere; neither did I see rapeseed or flax which are common nowadays.

I entered Wallingwells Wood and soon discovered some existential graffiti. 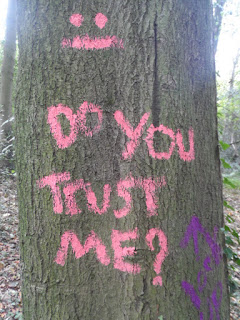 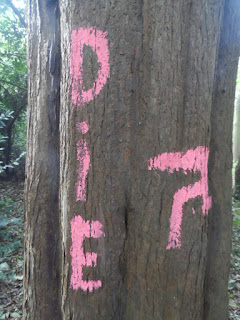 I passed close to a couple of houses at Wallingwells, but for the most part bypassed the hamlet - only stopping to photograph one of the nearby fishing ponds.

Turning to the north I walked down a lane leading towards the main road; over to my right there were some pleasant views of the well landscaped spoilheap left by the former colliery at Langold.

As I got closer to the spoilheap there are a lot of paths that aren't marked on the map and I got lost, ending up too far to the east at Langold Lake Country Park.

I needed to cut across two stubble fields and through a wood to reach a path going towards Letwell - not the original path I'd planned to use though.

As I approached Letwell I turned left and followed a path which went across the fields to the south of the village. I did this so that I could get a decent view of the dovecote for which the village is known. It was quite exposed here...and very windy.

The weather  brightened up a bit for a couple of minutes as I was taking some pictures of the church. 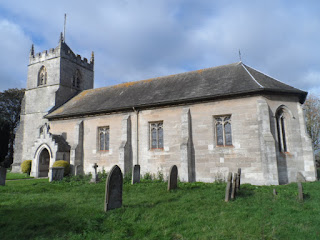 I walked through the village and then took the footpath leading to Firbeck. 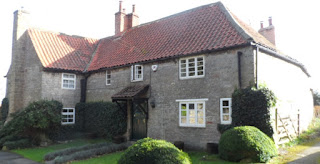 The sun came out to shine as I was walking across the fields on my way to Firbeck. 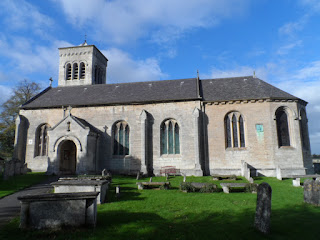 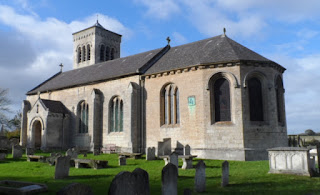 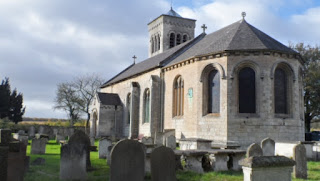 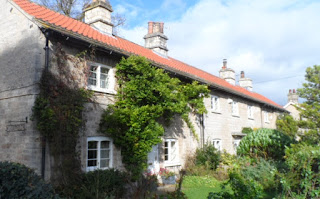 I left the village and walked up the hill and entered the grounds of Firbeck Hall. I got a few good shots of some of the estate buildings which can be seen from the public footpath.

About a mile to the west of Firbeck there's a hamlet, or small village, that isn't named on the map: I deliberately went out of my way to visit it hoping that I might see a local and be able to ask them what this place is called...but I saw no-one.

I continued along the road for just short of a mile until I reached Oldcotes with ample time to go and photograph both of the churches in the village; first the Protestant one and then the Catholic one...both of them quite pretty. 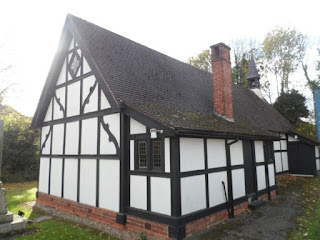 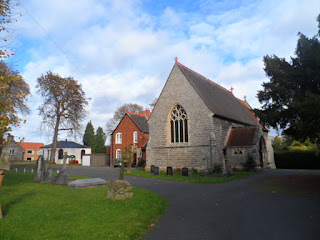 I arrived at Cromford at 10:05 this morning after catching my train and two buses, and then set off towards Wirksworth, walking up the street until I found the footpath that would firstly take me to the National Stone Centre via the perimeter of a mostly well-screened quarry. 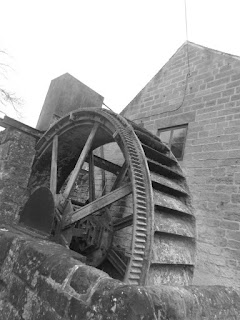 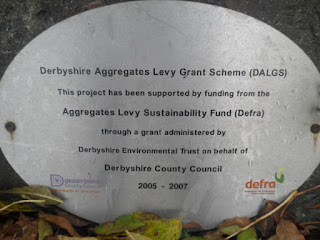 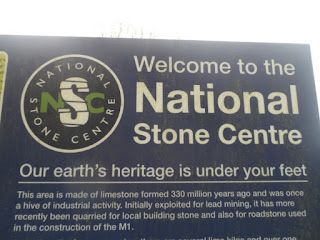 It was very unusual weather and atmospheric conditions today, certainly not as forecast; which was for prolonged sunny periods. I could actually see the sun for most of the time, but it was an otherworldly flaring bright orange globe like nothing I've ever seen before...it seems that planet Nibiru has finally arrived! The sun, as it was, wasn't casting any shadows though...and at times it was really dark. I could also sense the fizzing of static electricity around me and there was a metallic taste in the air. Quite an experience.

I didn't stay very long at the National Stone Centre; I spent most of the time looking at, touching, and reading about the various types of stone used for making dry stone walls...and how the walls are constructed. Marshall, one of my support workers, would be absolutely fascinated by this.

I needed to walk about a mile down the road into Wirksworth, where I lingered for a while to explore the town. 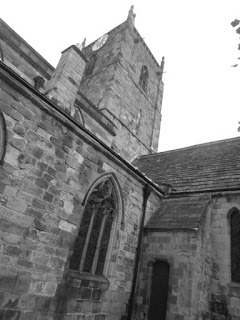 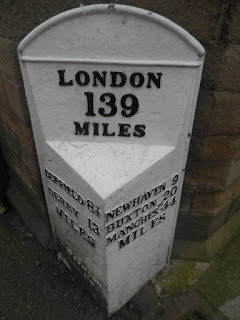 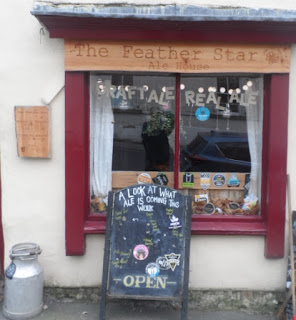 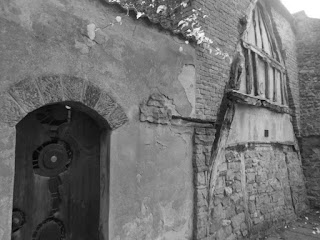 It was then an interesting and varied walk down to the busy A6 road.