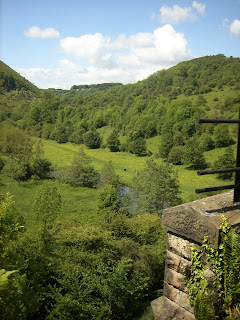 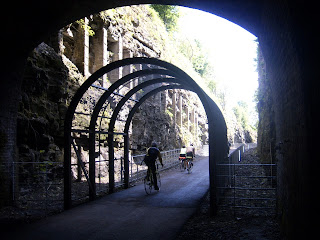 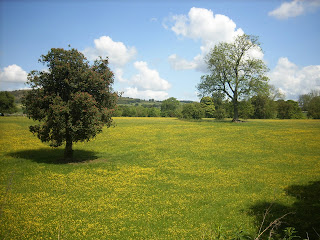 I arrived in Bakewell with nearly an hour to wait for the bus and so I treated myself to some fish and chips.
Posted by Lee Firth at 5:11 PM 1 comment: 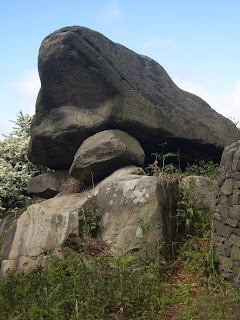 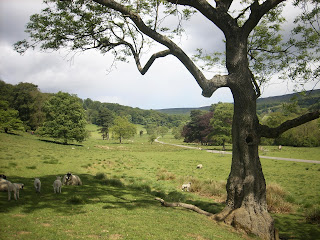 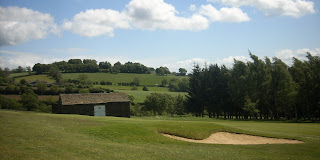 I arrived at the bus shelter just down the road from the railway station with about thirty minutes to wait for the next bus.
Posted by Lee Firth at 4:32 PM 2 comments:

I started off feeling a bit unwell this morning on the train going to Sheffield; my knees were tightly wedged under a table and were becoming quite painful and stiff, my throat was a bit dry and tickly but I couldn't move to reach into my pocket for a cough lozenge...and I was sweating profusely. As soon as I was in the fresh air (walking towards the bus station) I felt fine. 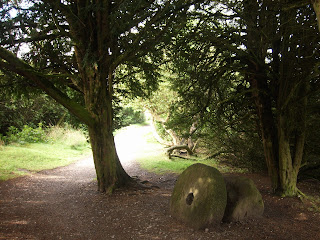 The rhododendron bushes were only just showing a bit of colour, but the gorse/furze/whin bushes were blooming at their best. 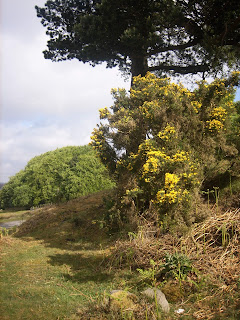 I then walked across a stretch of open moorland and climbed onto White Edge, following the path all the way to Curbar Gap, and then down into Baslow.

Positioned along the route I noticed a couple of recently-sited companion stones.

Today I tried a little experiment; I navigated the entire length of the six mile walk without looking at the map once, or using my GPS to take bearings. It wasn't too difficult, I know the route very well...nonetheless I was quite pleased with myself.
Posted by Lee Firth at 3:43 PM 2 comments:

The walk began at Bradwell with me taking a path from the village up to the cement works; which are surprisingly well screened. I then climbed up Pin Dale where there is a very attractive old quarry face in a wooded setting, then walked along the road for about a mile.

I then took a path across fields, then a track, before turning right to briefly join the Limestone Way: along this section of the walk it was very windy and dusty. 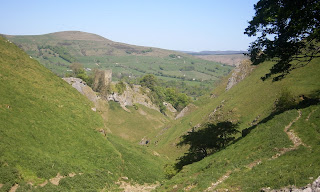 The final section of the walk was a difficult, and painful on the knees and soles of the feet, descent down the scenic Cave Dale, which brings you right down to Castleton Market Place - and I have never seen Castleton busier. 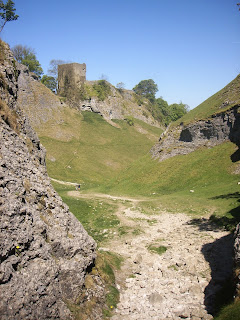