I travelled to Conisbrough again this morning, this time heading north towards the TransPennine Trail and not going near to the castle to take any photographs as I did on Sunday. I did manage one distant shot though. 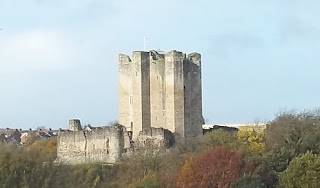 My route took me past the abandoned entrance and reception building for the Earth Centre; the rest of the buildings are now used as a conference centre. 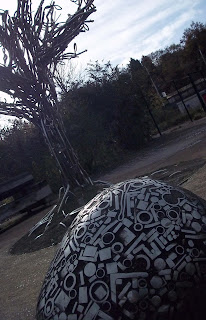 A few minutes later I climbed up Observation Hill, I think that's its name. I sat and ate my sandwiches  near the top, but sheltered from the wind. I then decided to walk down the other side of the hill, somewhere I'd not been before and so I was curious as to where it went. It was a pleasant enough walk and a well-defined footpath for about three hundred yards until I reached an overgrown area in some woodland down  by the railway line. I didn't venture any further and turned back.

I continued for just over a mile until I reached Pastures Lane and then took the footpath that goes up to High Melton.

The route across the fields to Melton Wood is boring and so is the stretch over to Marr and then the few hundred yards down the road to Brodsworth Community Woodland; fortunately there was a track which led to the southern carpark.

The church at Marr is difficult to photograph; I couldn't fit in the entirety of the building from anywhere within the churchyard. 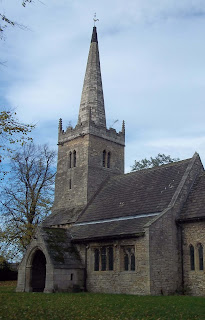 I didn't go up to the higher parts of the country park, I stayed in the lower, southeastern area on my way to the path that leads to the Roman Ridge, a footpath and cycleway which goes almost to Doncaster Town Centre. In the town centre I noticed this shop/cafe for the first time, it must have only just opened. It's the nearest I'll be getting to the Peak District for a while I should think. 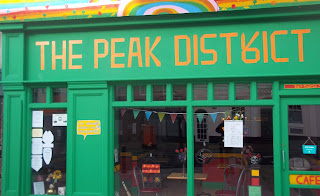 Walking Back To Doncaster Along The River From Conisbrough

I caught the bus to Conisbrough today and walked back into town along the river, a walk I've done many times, but not recently because I've been travelling a bit further afield into Nottinghamshire. Now that South Yorkshire has been placed under tier three lockdown it looks like that for the foreseeable future I'll be restricted to local area walks.

Conisbrough Castle was looking its absolute best in the early morning sunshine. 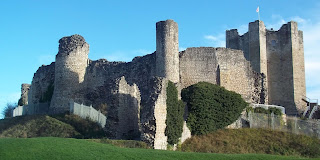 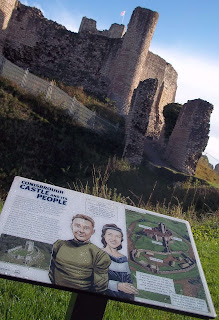 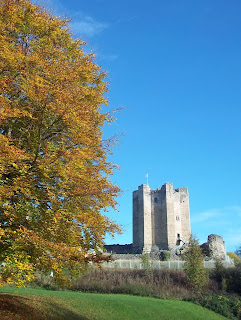 After spending a few minutes at the castle I crossed over the road and went down into The Dell, somewhere I hadn't previously visited. It's an attractive wooded area featuring a lot of steps and several footbridges passing over a tumbling beck flowing down a deep ravine. At the bottom I picked up the footpath that would eventually lead me down into the Don Gorge.

I soon reached Conisbrough Viaduct and crossed over to the other side of the river. 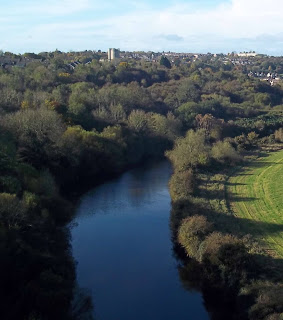 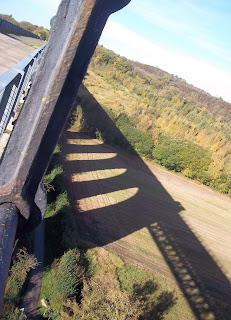 I walked on the left bank of the River Don all the way back to the edge of Doncaster Town Centre, except for a short section just beyond Newton where the footpath has been temporarily diverted away from the riverbank and goes across a couple of adjacent fields.

It was very busy at Sprotbrough, possibly the busiest I've ever seen it - so busy in fact that I had to walk over to the island in order to have a pee out of sight of anyone. 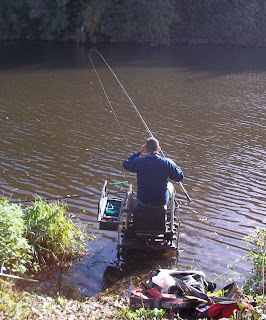 I usually see several cats at Newton; not today though. 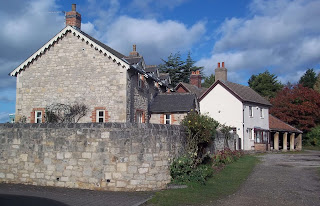 Finally, just in case I'd forgotten which river flows through Doncaster. 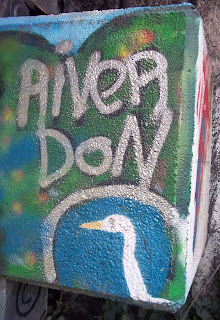 Another trip out to the Peak District with my support worker today, to a part of the White Peak area where's there's some easy walking for her. We drove to Parsley Hay to the southwest of Bakewell. 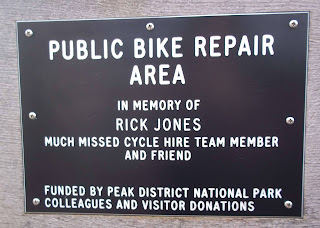 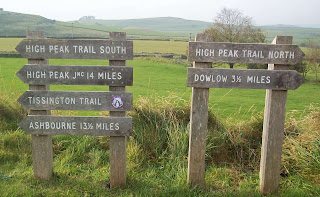 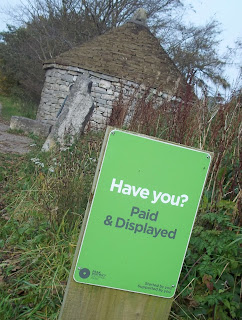 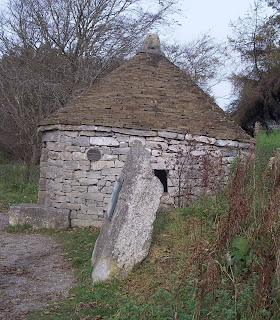 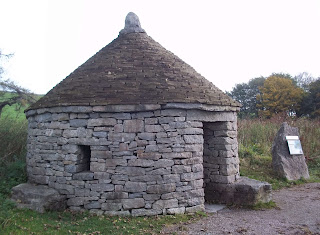 After heading south along the High Peak Trail for a few hundred yards, the route of a disused railway line, we reached the point where the Tissington Trail diverges from the route, and that's an old railway line as well. We then had to decide whether to go to the right along the Tissington Trail towards Hartington Station, where like at Parsley Hay there were toilets and refreshments after about a mile and a half, or take the left fork along the High Peak Trail and loop back to Hartington Station going across some fields and a stretch of road, taking either two  miles or four miles depending on which route we'd choose.

We chose to branch off to the left, heading down the High Peak Trail to the brickworks at Friden. We got off the trail there and walked down the road to Newhaven, like Friden just a hamlet. As we walked along the next stretch of road there was a choice of six paths going over to the Tissington Trail to start the return leg of our walk. We decided to not bother with the first path because the terrain looked too difficult for Siobhan and there was a bullock keeping his eyes on me in the field which the second path would have crossed. The third path looked more promising, going down a short farm track, but once we'd passed through the farmyard our way was blocked by a padlocked gate. There were nettles and brambles at the beginning of the fourth path. The fifth path, yet again seemed promising...until we reached a stile that was higher than Siobhan and she obvious couldn't climb over it. The sixth path is clearly marked on the map, but we couldn't find it.

In this area we saw two of the ugliest sheep either of us had ever seen. 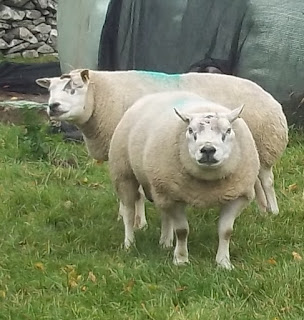 We'd run out of paths and so now had to take the road that leads to Biggin, getting up onto the Tissington Trail a few hundred yards later. We headed north to Hartington Station for a toasted teacake and a drink of tea each. 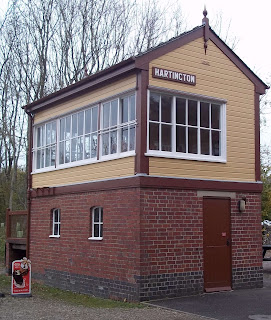 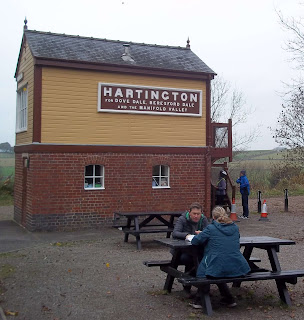 With travelling in the car it was a circular walk and so we returned to Parsley Hay. 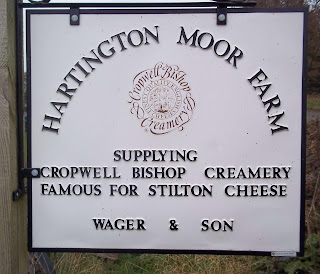 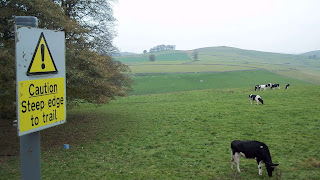 On the way home we were delayed  by cows crossing the road in front of us.

I travelled on the bus to Tickhill and walked to Styrrup down Water Lane, a wide track that goes alongside the beck for most of the way until it reaches the golf course. 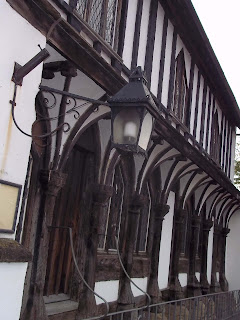 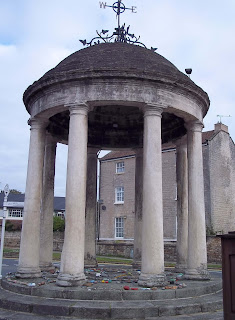 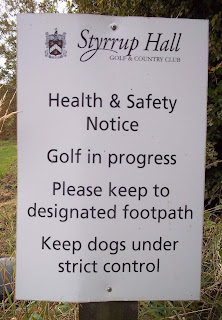 I turned to the south and walked along the road to Styrrup and then Oldcotes. The photographs were taken at Oldcotes; although it's quite a small village it still has two churches and a chapel all of different denominations. 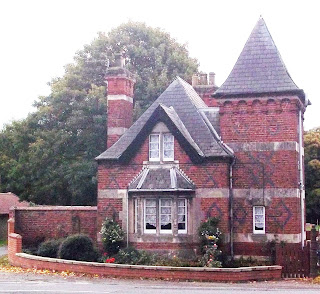 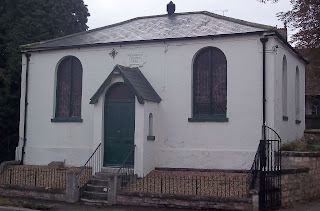 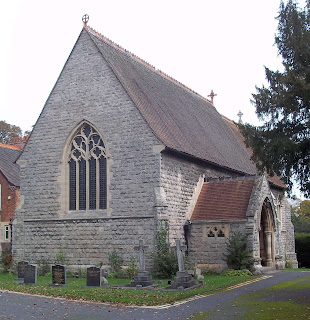 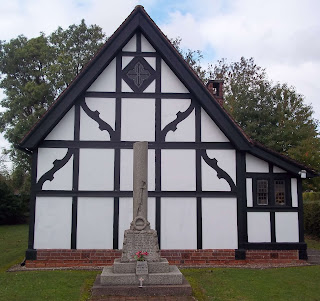 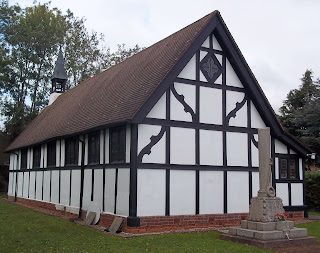 I headed west along another road to the detached part of Firbeck and then through the grounds of Firbeck Hall to Firbeck...the hall is currently being renovated.

I then almost doubled back to continue on to Langold, from where I caught a bus back home.