After walking about nine miles on Saturday in the Meanwood Valley area of Leeds I was back walking in the Peak District today. I probably walked a similar distance, but today's terrain was much more challenging and I'm feeling rather tired. 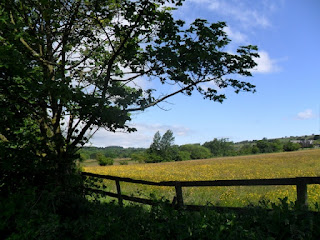 I got off the bus at Kelstedge, about four miles north of Matlock, and took the lane heading due west. There are some expensive houses down here and I noticed that there was a large pink Buddha statue in the garden of the last property.

The lane soon petered out into a track, and then a footpath; and was rather overgrown with nettles and brambles in places. For the next two miles I passed, or walked through, a lot of wildflower meadows such as the one in the photograph - the buttercups were particularly impressive...as I passed Shooters-Lea Farm I stopped to stroke a very friendly cat.

Not long after my encounter with the cat I was walking along a short stretch of road, then grassy fields; and then, due to a lapse of concentration because I was keeping an eye on a herd of cows rather than looking out for the footpath signs, I ended up walking through a deep bog near to Sitchs Plantation. I decided to walk along the edge of the bog, using fence posts for support - I still sank in up to a depth of eighteen inches though. I would have liked to walk diagonally across the deepest part of the bog; I would have enjoyed the challenge, but would have most likely fallen flat on my face and then probably not been allowed on the bus back to Sheffield.

I soon reached Big Bumper Piece, my first area of open moorland for the day, and then walked along the Rowland road for a few minutes before entering access land above Fallinge. I decided to walk along the top of Fallinge Edge, it's not that spectacular compared to the more well-known Eastern Edges further north, but the views to the west, and down into the wooded valley were okay. Walking along here was hard work though; a relentless slog through knee-high heather and bracken.

I couldn't find a way down onto the road and so had to struggle over a wall topped with barbed wire; grazing myself a little in the process.

I hurried down the road into Beeley and arrived just in time for the bus, but when I reached the main road I didn't know which way to turn for the bus-stop. Unfortunately I made the wrong choice and turned right; there was a bus shelter on the other side of the road; but nothing in my direction. A couple of minutes later the bus passed me as I was walking on the other side of the road, facing the oncoming traffic as is standard safe practice.

I continued north along the road, then through Chatsworth Park towards Chatsworth House, which looks a lot better now that most of the scaffolding has been removed. 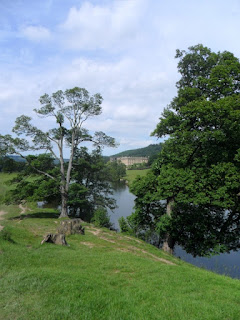 I arrived at the House and bought a cup of tea and a caramel confection of some sort. They were very expensive, but I needed them - I was feeling rather weak.
I enjoyed my refreshments and then walked to the bus-stop, which is right outside the entrance to Chatsworth House; and the design even ties in with the Chatsworth Estate style of signage. 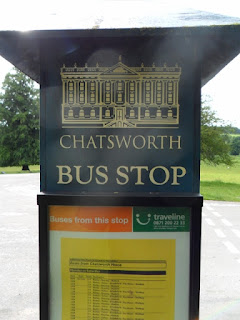 The bus was nearly twenty minutes late, due to delays in Sheffield caused by the Olympic Torch relay. If I were to write exactly what I think about the Olympics and the inconvenience caused by the torch relay I'd probably lose a few regular followers and the blog would end up being banned by the inappropriate content filters at schools, libraries, and workplaces up and down the country.

As the bus was entering Sheffield, coming down Eccleshall Road, there were thousands of people, and hundreds of police officers lining the route...I just leaned forward in my seat and scratched my piles.
Posted by Lee Firth at 7:49 PM 5 comments:

I just walked along this route with a friend from Leeds Adult Asperger's Group.
http://en.wikipedia.org/wiki/Meanwood_Valley_Trail

The terrain and scenery is a bit like the wooded valleys that lead down into the urban areas of Sheffield, the Rivelin Valley, Porter Valley, Limb Valley and Loxley Valley ...naturally it's not as hilly though, but the countryside is fairly open towards Golden Acre Park at the end of the route.

One thing I did notice is that the footpaths are not as clearly marked as they are in Sheffield.
Posted by Lee Firth at 6:05 PM 2 comments: 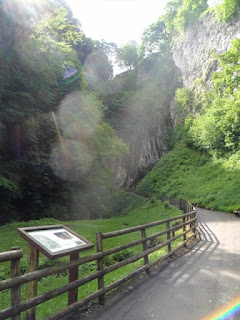 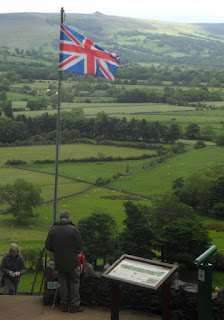 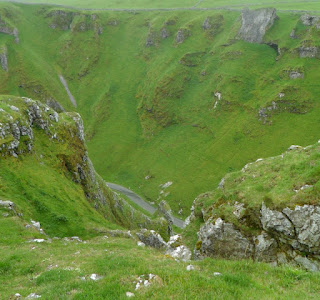 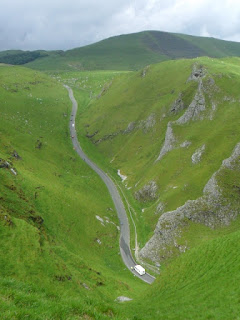 I entered the village down a steep hill which brought me to the Smalldale area, where there were some very nice houses. It didn't take long for me to reach the main road which goes through the village, and turn left, walking northwards towards Brough, arriving with nearly twenty minutes to spare before the bus arrived.
Posted by Lee Firth at 6:09 PM No comments: 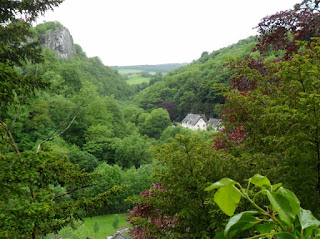 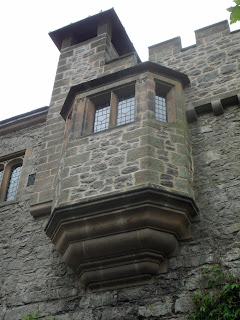 If the weather had been more pleasant I might have lingered longer; it was cold and dark all day, with frequent drizzle, so I kept up a fairly quick pace down into Matlock, and after catching the bus, and then the train, arrived home in Doncaster in ample time to watch the football on TV.
Posted by Lee Firth at 5:56 PM 2 comments: