I travelled to Fishlake, explored the part of the village near the church for a few minutes and then headed northwards along a bridleway towards Fosterhouses.  To begin with I took a footpath which starts at the back of the churchyard rather than walking through most of the village. 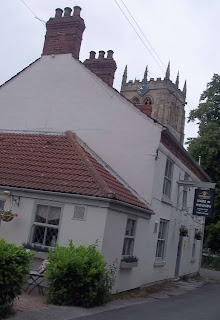 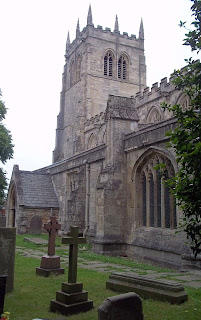 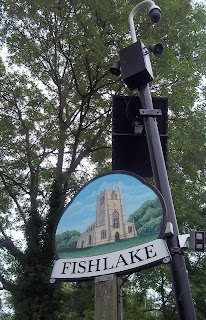 About half a mile of the bridleway north of Fishlake was completely overgrown with bramble, nettles, and thistles, maybe four foot high in places and very dense. If I hadn't been wearing my thick. heavy hiking trousers I wouldn't have attempted it. As it was my arms and legs were stinging and itching, and still are now...I'm looking forward to soaking in a hot bath in a few minutes. 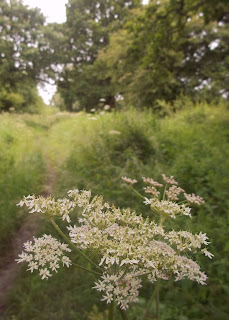 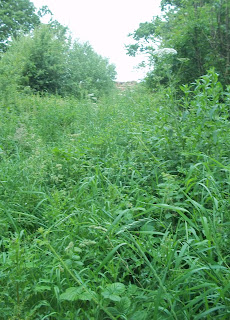 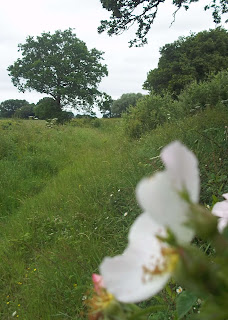 I then walked over to Sykehouse Lock and crossed over the New Junction Junction Canal and took the middle of the three approximately  parallel footpaths that go to Sykehouse. Walking over to Sykehouse I disturbed a deer and it ran out in front of me, only a few yards away - a bit later the same thing happened with a hare. 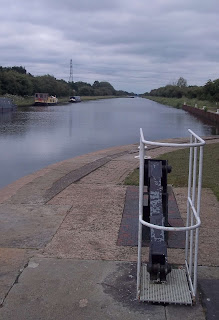 After walking through the village and then along the road I found a path which eventually came out on the road, just to the east of Moss.

[The electric fence was protecting me.]

The level crossing at Moss is the most interesting thing to photograph there. 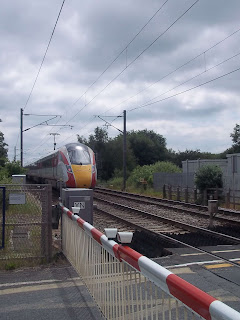 I walked along the road for the rest of the way back to Askern. I arrived just a few seconds before the bus did, it was pure coincidence though.