Another walk starting from Baslow Nether End, visiting the Eastern Moors today. I got off the bus and entered Chatsworth Park and took the footpath heading east towards Robin Hood. It was very misty, but did clear up later on. 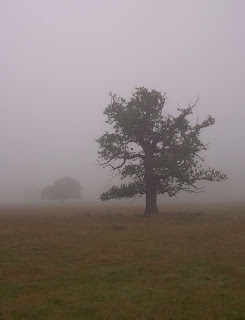 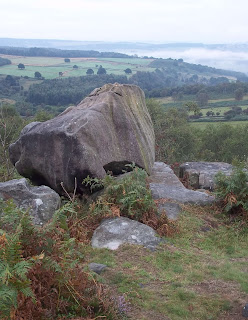 I crossed the road and continued up onto Birchen Edge, and the Three Ships rocks and the Nelson Monument, part of the route was a steep rocky clamber. 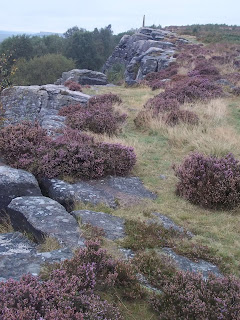 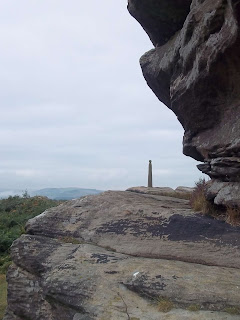 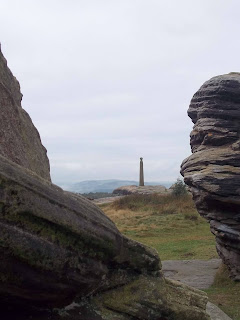 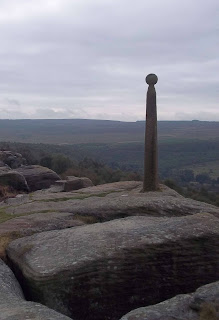 Just beyond Curbar Crossroads I started my crossing of Big Moor from south to north, heading towards the abandoned reservoir. 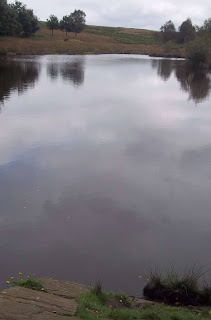 Just before reaching the road just to the south of Owler Bar I passed quite a lot of heavy plant that was being used for some drainage improvement works. I finished the walk at Totley by going down the path that leads in the general direction of Smeekley Wood and Horseleygate Hall beyond. The final couple of miles was through a variety of landscapes with extensive views of Sheffield at some spots. 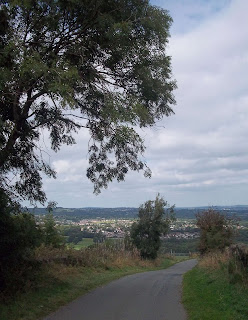 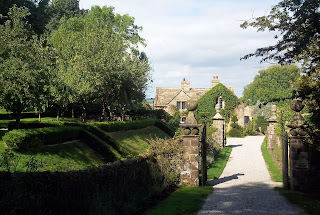 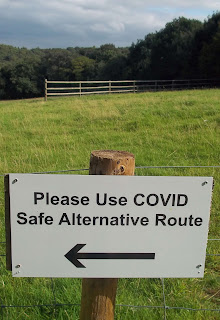 The first bus I waited for at Totley didn't show up, the second bus was full and so I couldn't get on, and the third one was twenty minutes late and then got stuck in a traffic jam...and to cap it all off I got on the wrong train at Sheffield and had to make it home to Doncaster via Wakefield.