Attempting To Reach The Caves In The Don Gorge

I took my usual route out to Hexthorpe Flatts park this morning and then continued along the riverside path and across to Warmsworth and the cycleway which goes over Conisbrough Viaduct.

I ate my sandwiches in Warmsworth Park. 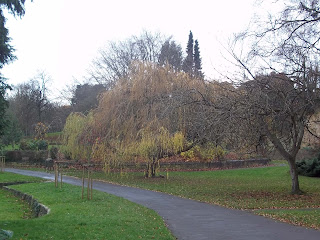 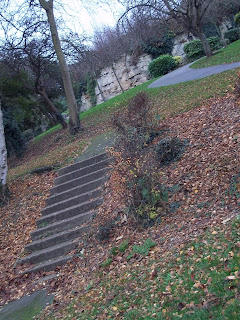 For quite a bit of the way where I'd normally be walking along the old railway line I took a path that went across the fields instead. It was much more pleasant than walking on the tarmac; the path isn't an official right of way though, but is well used.

I didn't cross over the viaduct; I took a short cut that leads onto the road and then walked a few hundred yards in the direction of town and cut down to the Don Gorge by the ruined farm buildings at Butterbusk. 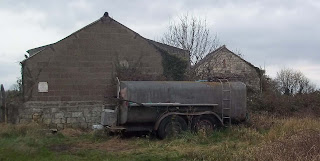 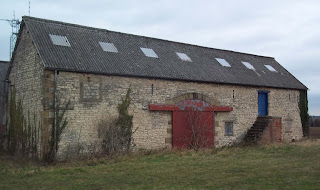 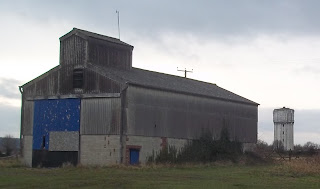 There are a lot of old abandoned and overgrown quarries down in the gorge, with steep climbs, sheer cliffs and some caves of course. There are still a couple of quite large active quarries and Steetley Quarry which was only recently abandoned. 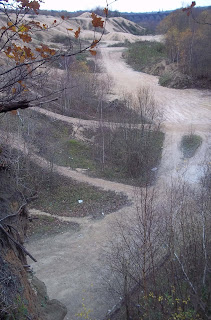 I couldn't make it up to the largest of the caves, or any of the caves in fact. It's a steep climb and it was quite muddy and slippery and the fallen leaves were making it even more difficult to keep grip, especially as I couldn't see where I was putting my feet. I managed to get about half way up - I cautiously slid back down on my backside. 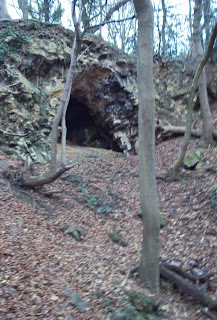 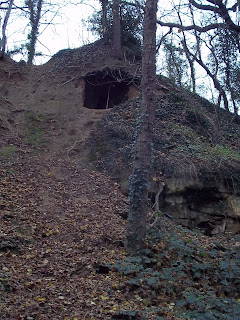 I continued along the riverside path until I reached Sprotbrough. I didn't stay long, the mobile refreshments kiosk doesn't visit there on Tuesdays. 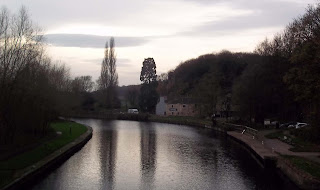 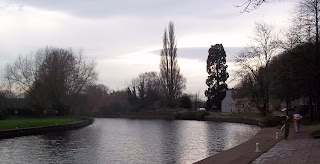 To finish, I then took my usual route back to the town centre.
Posted by Lee Firth at 3:35 PM