I caught the Stocksbridge bus from Sheffield and got off just to the north of Wharncliffe Side. I walked down the access road to More Hall Reservoir and then continued to Broomhouse Reservoir, returning along the southern shores back to the bus stop, having to re-trace my steps for the last half a mile or so. The walking was fairly easy going, tarmacked roads, gravel tracks, and well-defined paths through woodland - so I didn't have any problem with my knee.

I  love the small crenellated buildings on both dam walls...I don't really know what their purpose is though. 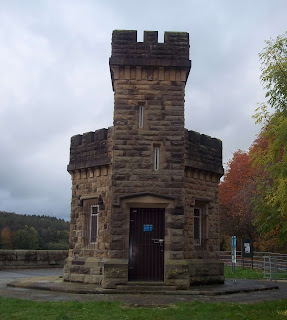 Despite the recent rainfall the water levels are still very low. 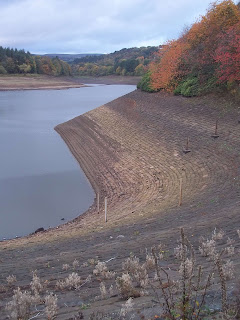 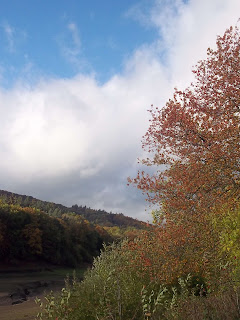 When I reached the dam wall at Broomhead Reservoir the lighting conditions had improved. 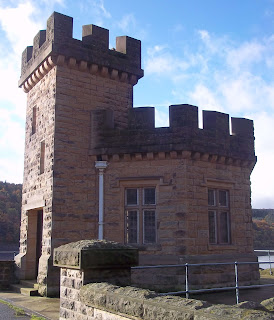 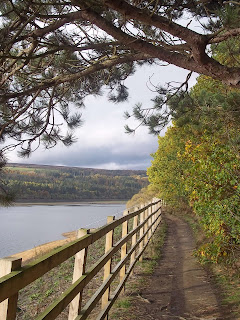 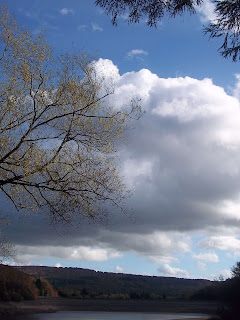 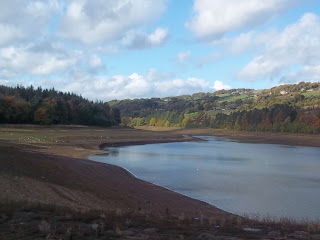 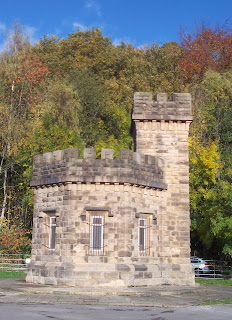 One specific thing I noticed today; I passed three public footpaths that weren't shown on my Ordnance Survey map.