More Exploring In The Don Gorge

Another visit to the Don Gorge, not going to anywhere in particular, just going exploring to see what I might find.

The first thing I found was a tunnel, one of several that pass under the railway embankment. I counted twelve of them today, most of them now blocked up at one end, but still allowing access inside. I think a couple of them look as though someone might have recently been living in there. 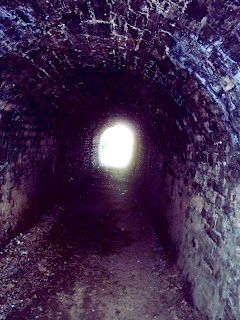 I also found a path that I'd not walked along before, but it led to a dead-end and so I returned to the main path alongside the river. 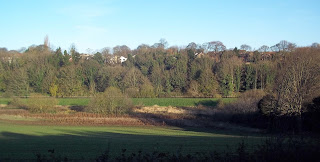 There were many interesting side paths to explore, leading into the woods and abandoned quarries...and more tunnels. 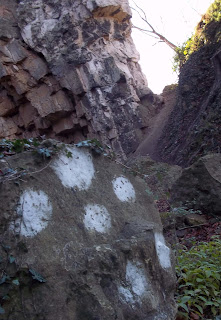 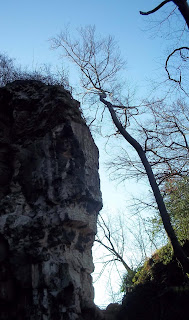 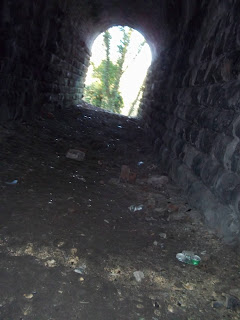 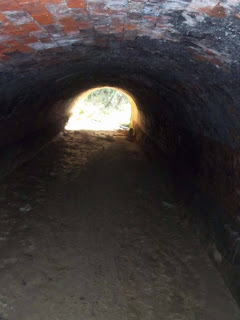 I always stop to take photographs at Steetley Quarry.

I walked over Conisbrough Viaduct to get to the other side of the river so as to start my return journey. 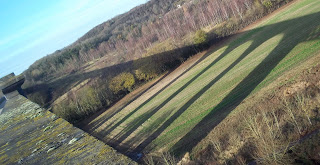 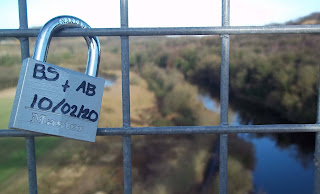 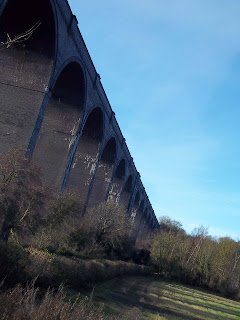 I paused for a few minutes at Sprotbrough.

As I approached the Avoiding Line I noticed there was a train waiting at the signal...so I was able to get a good shot of it. Not many trains use this line and it's the first time I've seen one on it there.

My regular route back to the town centre took me through Newton. A lot of cats live there - I managed to frame six in the final photograph. 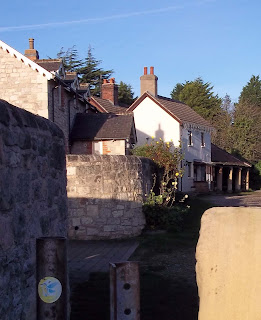 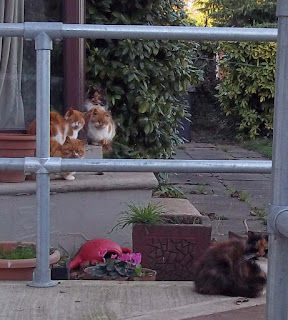