I travelled on the bus to Butterbusk, a mile before Conisbrough, and took the path that leads down into the Don Gorge, going past the ruins of the farm buildings. 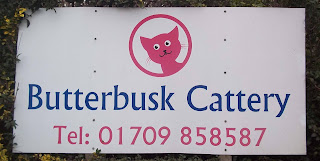 [I only saw one cat on the footpath] 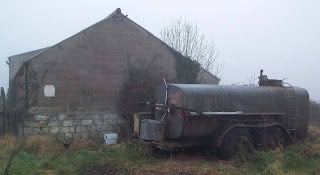 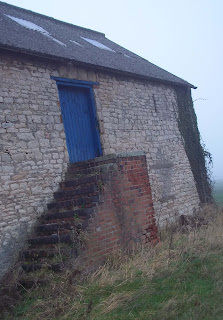 I chose the high level path going along the top of Steetley Quarry. There are actually tyre tracks going down this steep slope - the quarry is now very popular with mountainbikers. 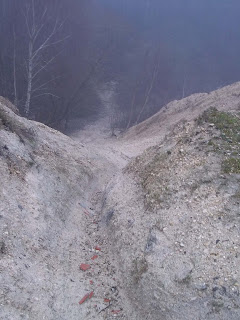 A few minutes later I could hear water splashing, it was quite loud. I found the source of it, an overflowing culvert which had formed a temporary waterfall.  I managed to get to the base of it after a bit of a detour and a difficult, slippery descent.

I estimate the drop to be about fifteen foot. 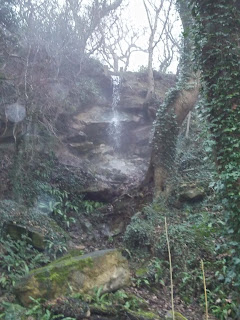 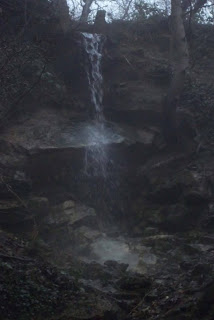 I walked across Conisbrough Viaduct after eating my sandwiches and then reached the road that goes to Cadeby. I found a new path to explore, but after a few hundred yards it disappeared in a wood, so I retraced my steps and continued along the road to Cadeby.

The church at Cadeby is Victorian; I really like the building though. 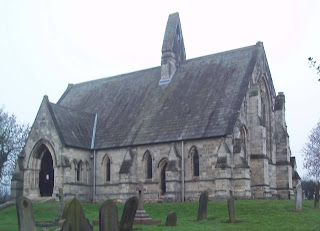 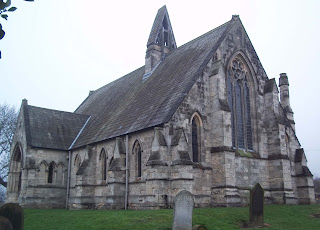 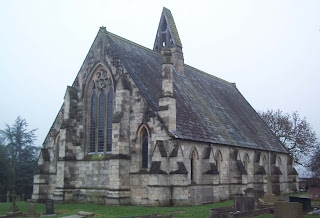 From Cadeby I walked along part of the road to High Melton, and a footpath across the fields for the remainder of the way. I crossed the road in the village and took the path that continues at the other side, going through someone's garden.

The path came out on the road that goes to Cusworth. I walked along it for a few hundred yards until I reached a path that goes across to Sprotbrough, walked through a housing estate and then made my way to the church.

There are six painted grotesques on one of the houses on the High Street; I photographed my favourite two today. 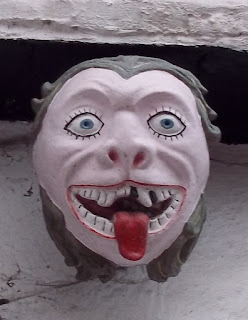 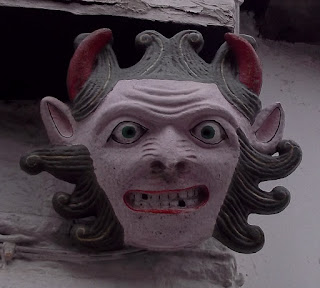 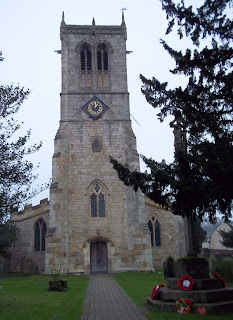 I went down the hill and walked back to the town centre along the riverside path. At Newton I spotted six of the feline residents, I was able to get five of them in camera shot, but unfortunately the image was blurred and so I've not included it.