Today's walk started from Chatsworth House, where they are busy preparing for the Christmas market and so many areas are blocked off, spoiling some of the views. I crossed over the picturesque bridge and headed south along the Derwent Valley Heritage Way to Rowsley. 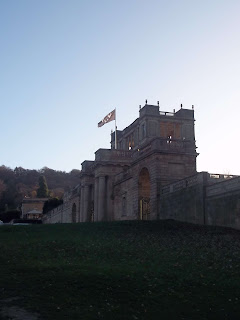 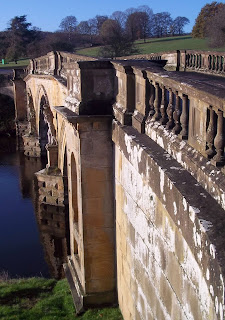 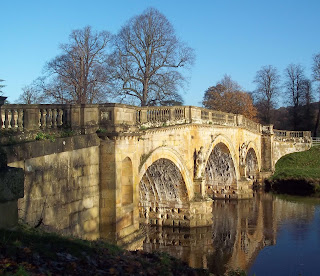 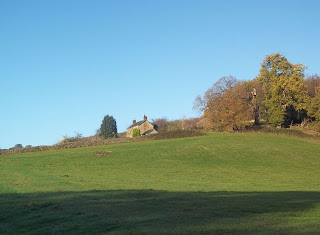 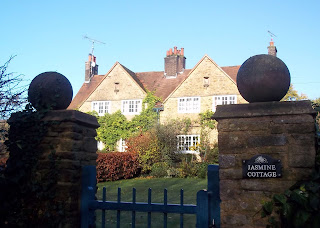 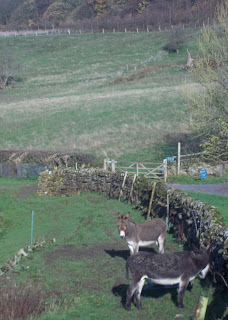 As I was leaving Calton Lees I climbed over my first stile in three months; there might have been only one or two more on the walk today. 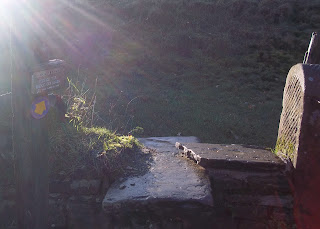 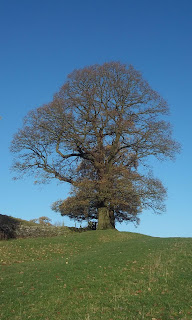 As I approached Rowsley I could see that some cows were totally blocking my way ahead by standing under the railway bridge. It was a planned ambush but I spotted them in time and fortunately there's an alternative route through the graveyard and the churchyard. 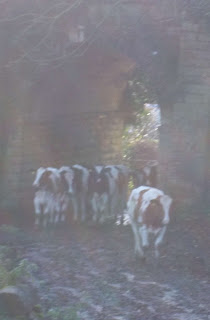 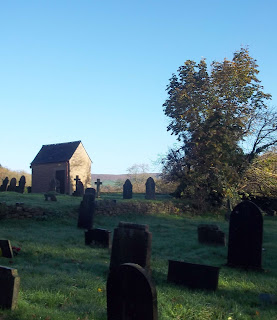 I continued by taking a short footpath that starts off by going right through someone's garden and then across the fields to the main Matlock to Bakewell road. I needed to walk along this road for over a mile but fortunately there's a causeway all the way. I soon noticed a traffic jam building up...there was an artisan market at Haddon Hall. 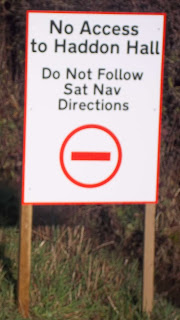 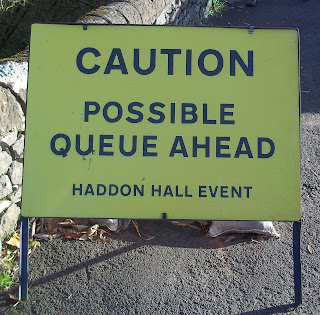 When I reached the footpath just beyond the entrance to Haddon Hall three woman hikers told me that it was flooded up ahead and they had turned back and so I decided to continue along the road for a few hundred yards more until I could rejoin the path further on. I finished the walk at Bakewell and caught the first available bus going back to Sheffield - my leg was aching quite a bit.