I travelled on the tram to Herdings Park, one of the two termini in the south of Sheffield, a route I hadn't previously used. I crossed the nearby busy road and found a path leading to open countryside. 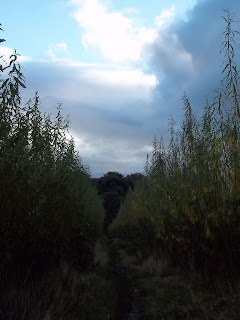 I was only a few hundred yards from the tram terminus yet walking in a very rural landscape - I could still hear the noise of the heavy traffic though. It took me about half an hour to reach the hamlet of Troway where I turned left, going along a dead end road which led to a footpath going through the woods, passing an angling pond.

I arrived at a road which zigzagged down the hillside to another hamlet, called Ford.

I sat on this charming memorial bench there. 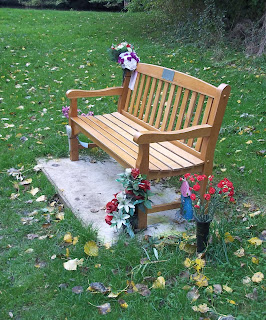 The next stretch of the walk was along the route of the Sheffield Country Walk as it followed the Moss Valley downstream. I was briefly delayed at a narrow footbridge as a dog struggled to fathom out how to get across with the large stick it was carrying; its owner had to intervene though and snatched it from its mouth. The look the dog gave her was quite memorable. 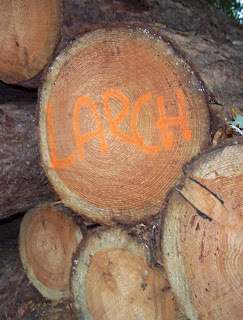 I was looking out for the Seldom Seen Engine House; as I suspected, it's not an attractive building and is difficult to photograph. 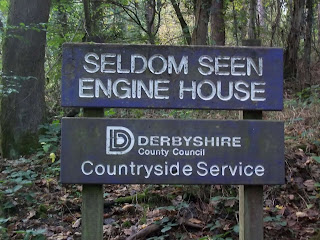 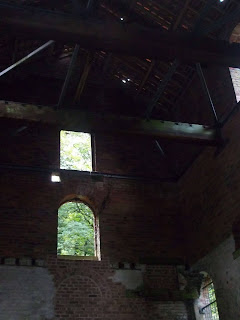 I continued heading east until I reached the church at Eckington, located in the old part of the village at the northern edge. 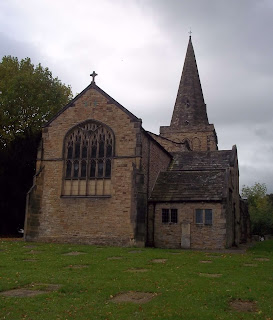 I walked along the road towards Sheffield and about a mile further on as I approached Mosborough it started to rain. When I reached the first bus shelter there I waited for the next bus going to the city centre...it was only ten minutes.