I travelled to Chatsworth House and climbed up the steps to the Hunting Tower. I then continued through Stand Wood to Beeley Moor. 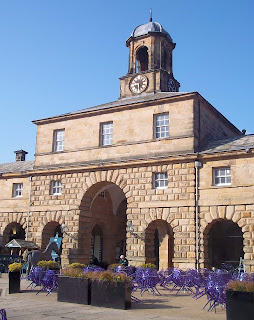 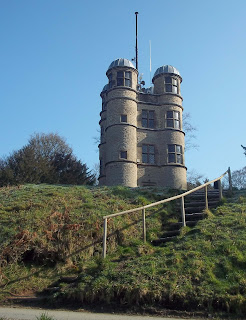 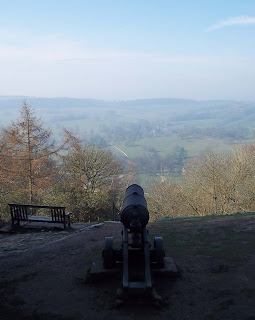 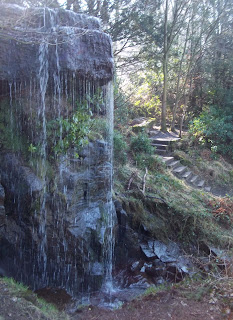 I headed down Beeley Lane, a dead straight road, for a mile and then took a track going off to the south, which continued in the same direction as Flash Lane. 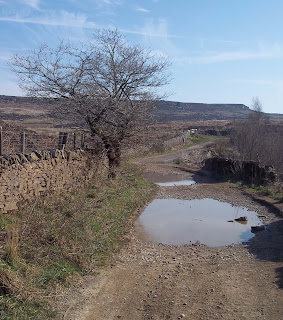 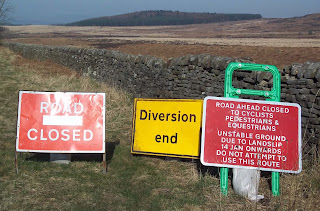 My route then continued as a broad track through an area that had recently been felled and new saplings planted, and then more open countryside going down to Two Dales and the bus stop at Darley Dale. I noticed a permissive footpath that isn't shown on the map, it wasn't clear which way it went across a field though and so I didn't use it. 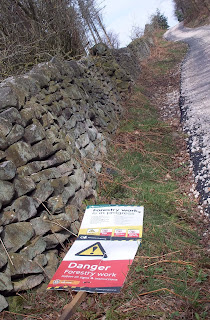