I saw my first snow of the winter lying in the fields at the side of the road at Hollow Meadows as the bus climbed up towards the moors. I didn't spot any any earlier because it was very misty this morning; that's why I started the walk at Bamford, and stayed at low altitude for the first few miles. The mist did clear clear up quite a bit later on.

I got off the bus at the first stop in Bamford and walked down through the village and then turned left and continued uphill along Joan Lane. I soon found the footpath that I was looking for, passing through a field where three women were exercising their dogs - there were the remains of a large snowman in one corner.

I climbed up through some woodland to the access road for the sewage works and then re-joined the path a few yards later.

This section of footpath took me down into Hurst Clough, using several dozen steps cut into the hillside. 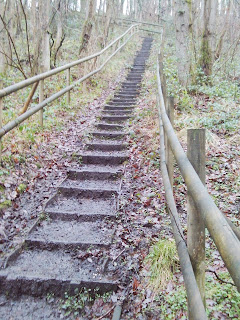 Hurstclough Lane is a very muddy, deeply rutted sunken lane that's no more than a narrow track. I climbed up it for a few minutes before taking the path that leads to Nether Hurst, from where I made my way up to Stanage Edge 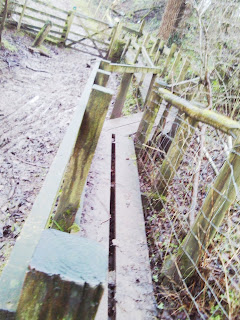 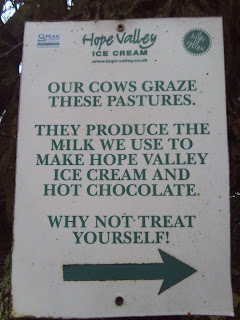 En route I made a slight detour to visit the ruins of the chapel at North Lees. 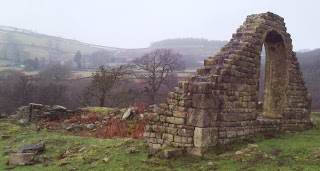 At the foot of Stanage Edge there was quite a bit of snow and ice and so I put on my new ice grippers; I felt a lot safer scrambling up to the top.

I walked along the top of the edge for awhile before taking the Long Causeway across the moors to Stanedge Pole [if you look closely at the photograph you'll see it's spelled as 'Stanage Pole'...I always try to stick to official Ordnance Survey spellings though.] 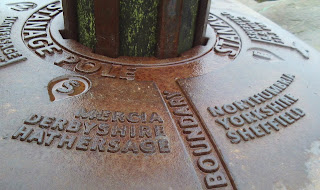 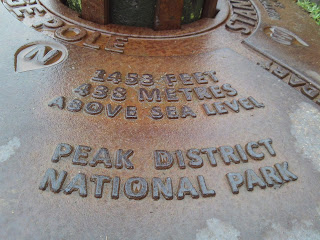 Just as I reached the first of the Redmires Dams I headed for Fulwood Lane, going across the moors on a well-used concessionary footpath, and then descended down Porter Clough to Endcliffe Park, from where I caught a bus back to the city centre. 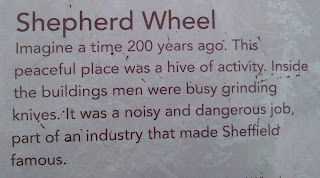 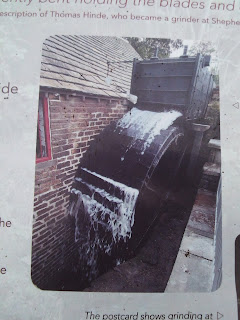 When I reached the woodland at the top of the clough there was no more snow or ice on the ground and so I removed my grippers; about a mile further down the valley I used the public toilets next to the Forge Dam Cafe to put on my overtrousers because my trouser legs were very muddy - I sank into some deep boggy areas on Rud Hill a couple of times.