Miller's Dale, Blackwell, Pomeroy, Monyash and Over Haddon...and then Bakewell.

It was sunny when I got off the bus at Miller's Dale but unfortunately for most of the walk the weather was overcast. I took the footpath signposted for Cheedale but left it after about half a mile to climb up to Blackwell. 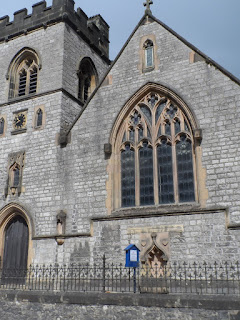 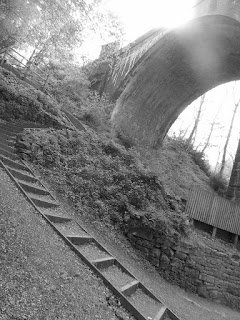 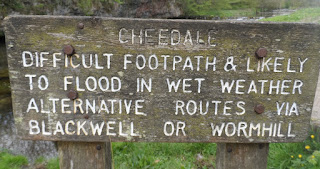 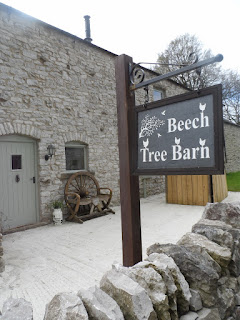 I then headed south, gaining a few more hundred feet in altitude as a reached Pillwell Lane, a track that then becomes a road. I continued along another country road until I reached a short section of the Midshires Way just before Pomeroy, located on the busy Buxton to Ashbourne road. There's nothing to see at Pomeroy; all that's there is a pub, a couple of farms, and a few housing association homes which used to be local authority council houses.

The next section across the fields was easy to walk and navigate. This took me almost to Flagg, but not quite; I turned right along the road and then continued straight ahead past Knotlow Farm and the path leading to Monyash.

I lingered a bit at Monyash taking photographs of the church, the mire, and some of the houses - these are the best, or most interesting ones. 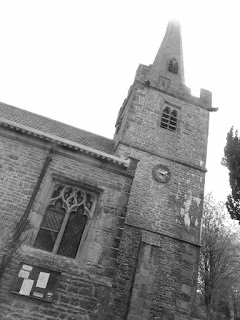 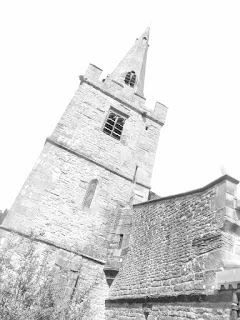 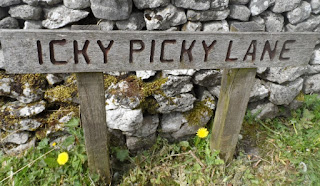 I left the village to the south and found a lovely path with a dry stone wall either side of it before turning left down into Fern Dale...where I saw my first early purple orchids of the season; not the best I've ever seen though - by a long way. 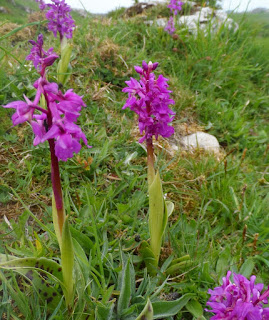 Fern Dale leads down into Lathkill Dale; whilst I was walking here a young couple passed me and we exchanged a few pleasantries. Later on, in Over Haddon, I noticed them changing out of their walking boots and preparing to drive off. The man got out of the car and approached me and asked for directions, the way back to Bolton, where they lived. I suggested they drive to Bakewell and pick up the A6 towards Buxton and Manchester; it seems that was what he was also thinking. Surprisingly he asked me if I wanted a lift to Bakewell; I think his girlfriend, who was doing the driving, wasn't sure of the way. I eagerly accepted his offer; it was getting quite late and I've previously walked all of the various routes back to Bakewell anyhow. As I was climbing in to the car he offered me an apple left over from their lunch; I declined, but as I got out at Bakewell he pressed it into my hand. I immediately bit into the apple - it was delicious.

Both the bus to Sheffield and then the train to Doncaster arrived on time; there was no free fruit given away on either though.