From Mist To Glorious Sunshine; Hickleton To Hooton Roberts

A late finish last night at the pub, a Halloween party and singalong; so no chance of me catching the 08:04 train to go walking in  the Peak District.

So, a favourite local walk, one I've done several times before. I was hoping for a bit of sun to show off the autumn colours; I wasn't to be disappointed - after early mist it turned into a glorious day. 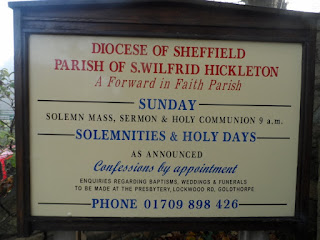 The 'Hickleton Skulls' inside the lychgate are difficult to see, and photograph. The English lettering reads, 'Today for me, Tomorrow for thee.' 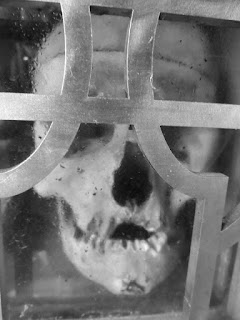 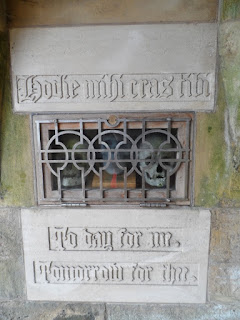 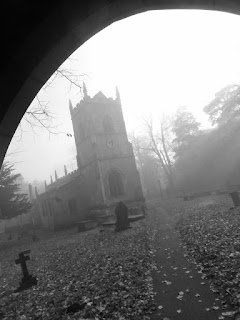 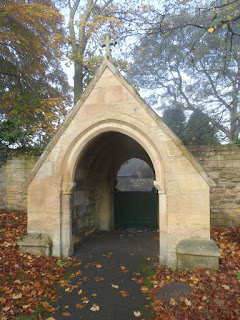 The scaffolding was still up at Hickleton Hall; it's being converted into luxury flats, but I was able to get a photograph of the gatehouse. 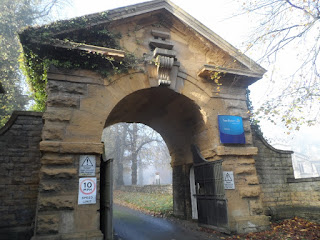 I walked along the path which follows Barnburgh Cliff, stopped to eat my sandwiches on Hangman Stone and then continued to High Melton. 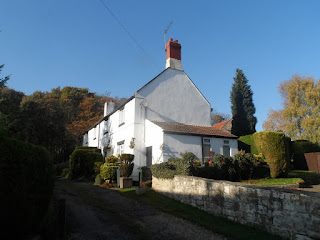 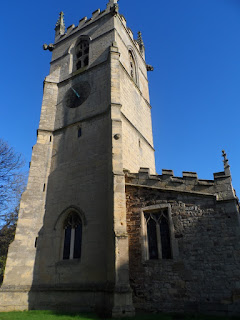 At the bottom of the hill at Pastures Road at Mexborough I couldn't find a way down to the canal towpath and so had to take a slightly longer route partially along the road to get to Old Denaby. It's quite a steep climb out of the village, but there are some nice views.

It was an easy mile or so along country lanes to Hooton Roberts on the main Sheffield road where I caught the bus back to Doncaster.