Not a walk today; just a day out to Bakewell with my friend Justin - the trip having been postponed from a fortnight ago because of rain.

The visit began with a hearty cooked breakfast at a posh wine bar of all places; it seemed to be as cheap as anywhere else and had recently won 'The Best Bakewell Pudding award 2010'...not that the latter mattered to us. As you can see from the photos there must be quite a few entrants hoping to win this award since we saw at least three establishments claiming to bake Bakewell puddings according to the original recipe. 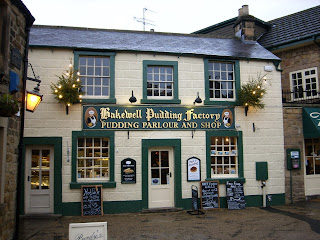 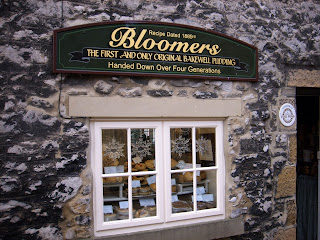 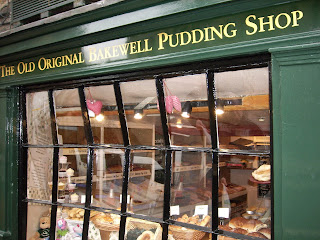 We then spent some time looking around the shops and market, in particular the bookshops and charity shops but then had to get the 1:30 bus back to Sheffield so that Justin could arrive back in Doncaster before his mother would get home from the Social Services' daycare centre.

I really enjoyed today's visit; actually spending a bit of time looking round the town - usually when I'm at Bakewell I'm only there for a few minutes at the beginning or end of a walk.

Neither of us bought a Bakewell pudding though - they didn't look that appetising.
Posted by Lee Firth at 4:33 PM